Liability of parody trademarks: the case of Jack Daniel's vs Bad Spaniels

Satirical adaptations of well-known brands have become a common thing and profitable market for many lesser-known companies. Besides being an effective mean to attract more customers, parody products can also be a good defence against trademark lawsuits, as in many cases, brand owners have limited options to enforce their rights against satirical adaptations.

In July 2014, Phoenix-based dog toys company VIP introduced the "Bad Spaniels" toy, which mimics Jack Daniel's whiskey bottle. The whiskey bottle-shaped toy has the same black-and-white label and amber-coloured liquor. While the original bottle has the words "Old No. 7 brand" and "Tennessee Sour Mash Whiskey," the parody proclaims: "The Old No. 2 on Your Tennessee Carpet." Instead of the original's note that it is 40% alcohol by volume, the parody says it's "43% Poo by Vol." and "100% Smelly." The packaging of the toy contains a small note: "This product is not affiliated with Jack Daniel's Distillery."

Shortly after the launch, Jack Daniel's sent VIP a cease-and-desist letter. Tennessee whiskey distillery claimed that VIP Products LLC markets and sells dog toys that trade on the brand recognition of famous companies such as petitioner Jack Daniel's Properties, Inc. In response, VIP sued in Arizona federal court, seeking a declaration that Bad Spaniels did not infringe or dilute Jack Daniel's trademark or trade dress rights. The San Francisco-based 9th U.S. Circuit Court of Appeals in 2020 ruled in favour of VIP, finding that VIP's toy was a creative work with a "humorous message" that was entitled to First Amendment protections.

In 2021, the Supreme Court rejected a request by Jack Daniel's to reconsider that ruling. The whiskey maker then filed a new appeal which was recently accepted, and the case is expected to return to the court in 2023. This case highlights the ongoing struggle of trademark law to define the limits of parody products that are likely to pass as acceptable trademarks. As practice shows, the decision tends to differ from one case to another.

Louis Vuitton Malletier vs My Other Bag

A similar case took place in 2016, when the fashion giant Louis Vuitton sued a one-woman company whose product, a tote bag, poked fun at Louis Vuitton’s famous handbag with the words “My Other Bag” displayed on one side of the tote and on the other side displaying an altered version of the famous Louis Vuitton pattern. After examination, the court ruled that since the seller used the mark as an obvious fair use parody of the trademark only to evoke an amusing comparison of the tote bags to the luxury handbags, and therefore did not constitute trademark infringement. 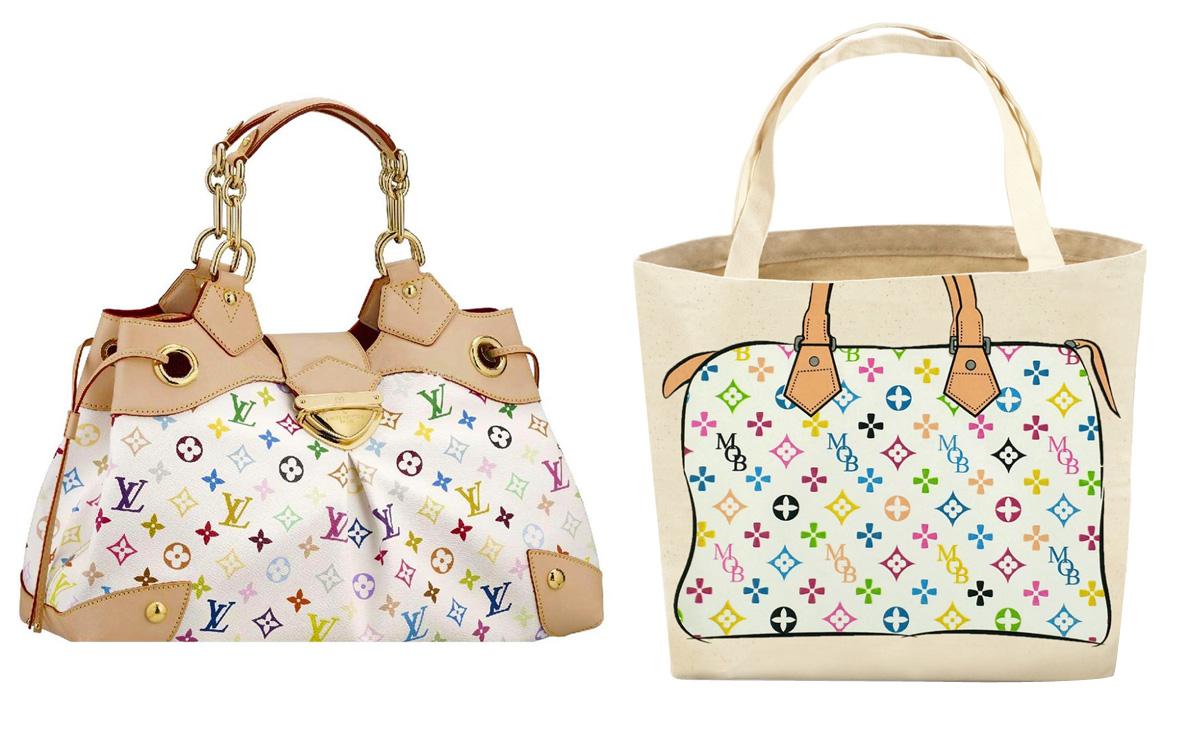 Not as fortunate was the clothing manufacturer Mad Engine, which received a lawsuit in California federal court from DC Comics in July 2015, claiming that the company used an altered version of the iconic Superman S-shield without permission. Mad Engine argued that putting the word ‘DAD’ into a superhero shield was a social comment on the pretentiousness of Superman and his Shield in contrast to real-world heroes that fathers represent for their children. However, the Court ruled that regardless of Mad Engine’s intent, due to the similarity of the trademarks and their classes of goods and services, there was a high likelihood of confusion.

What do the outcomes of these cases mean for other trademark holders that think other companies are misusing their intellectual property for commercial benefit?

Trademarks are closely connected to branding as it is often the visual element alongside the name of a brand that represents the trademark distinguishing the company's product and service offerings from those of other brands. Trademark rights allow companies to stop other people from using their intellectual property to sell confusingly similar goods or services. Still, many trademark holders face a common dilemma in deciding whether and how to respond when their trademarks are being parodied for comic effect, particularly when the humour is done at their expense for another's commercial gain.

Trademark owners are usually tempted to use aggressive legal means to protect their intellectual property, such as cease-and-desist letters. At the same time, a registered trademark doesn't give its owner the right to stop all others from using that trademark but only to stop those third-party uses of that trademark in connection to the goods and services their trademark is registered under. So if a trademark is not similar enough in itself or in the goods and services it applies to, at least not to the point where it would be likely to mislead or confuse a consumer over the source, it will most likely not be considered an infringement. United States Courts have reaffirmed this by ruling on multiple cases that parody or satire of famous brands does not constitute trademark infringement when it is obvious to consumers that the parodied brand was not the manufacturer of the goods.

At the same time, parody brands should not merely rely on asserting that their trademark is a creative or humorous expression, as it does not automatically immunize them from liability for trademark infringement. Parody products and services may be confusing (and so constitute infringement) or non-confusing (and non-infringing).