It has been some time since Meta (former Facebook) has announced its change of the business name [1] and also much wider transition of its activities into metaverse. Since then, much has been written about that but let us allow some additional thoughts on “Why Meta?” and what does it mean from the trademark perspective. 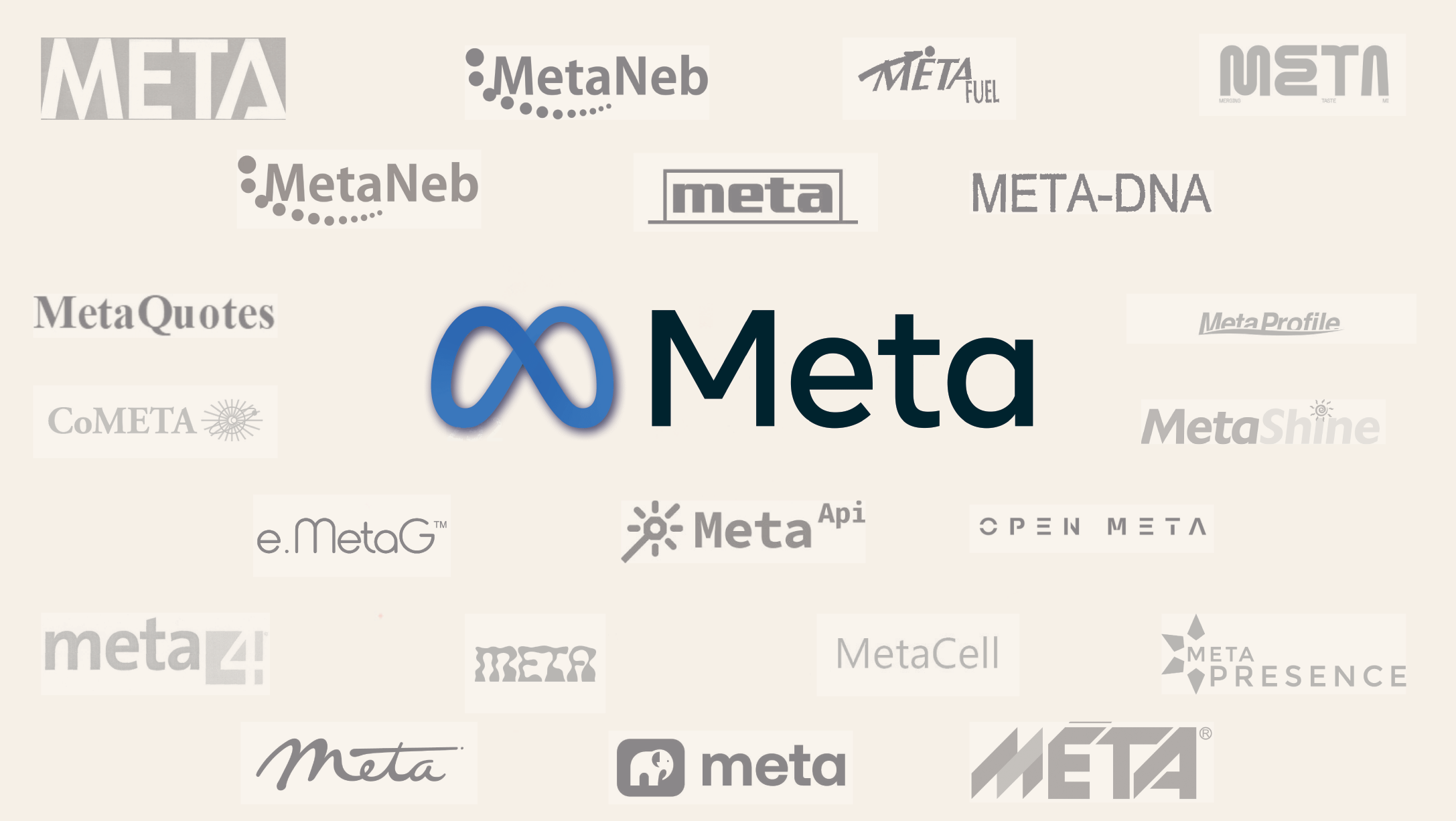 An ocean of “metas”

From an intellectual property perspective, the lack of uniqueness of the trademark in question becomes very apparent. This notion is further supported by the fact that there are literally hundreds of existing trademarks that have already been registered in the US, EU and UK consisting of the word element “meta” (in some cases also combined with other elements) [2].

What does it mean? A very logical conclusion is that the overall distinctiveness of the trademark “meta” is diluted by this ocean of coexisting trademarks. It follows that the risk of potential dispute with owners of the earlier trademarks is also much greater than it would be in the case of a more unique trademark. Generally speaking, the uniqueness of a trademark denotes the risk of infringing the IP rights of a third party. The more unique the trademark is, the lower are the risks and vice versa.

Given the sheer volume of the existing trademarks consisting of the word element “meta”, and their particular prevalence in the areas of software, online platform and IT services, a number of opposition proceedings, potential infringement claims and other legal disputes can certainly be expected.

However, we dare to say that despite all that, Meta’s decision to rebrand can hardly be considered a rash decision. Firstly, let us not forget that Meta is not some unknown startup starting from scratch, fighting for its position with limited funds. Meta has surely close to an unlimited budget dedicated to potential legal disputes, with an army of lawyers at its disposal. The reputation (does not matter whether positive or negative) of a global company such as Meta (Facebook) may surely be leveraged in that regard. It follows that the effects of changing the name to “meta” would certainly be different if the company undertaking such a transition is some mid-tier SME or a global tech giant of a worldwide renown. If the company of the size of Meta (Facebook) announces that it will be rebranded, it could be expected that such an information will make it to several headlines (as it happened) and consequently be able to reach the consumers. It is likely that following the announcement, the link between the trademark “meta” and the company Meta (Facebook) could arise almost instantaneously in the mind of the average consumer.

It is also worth mentioning that Meta (Facebook) has already registered a number of trademarks consisting of the word element “meta”, some of which date back to year 2015 [2]. This further supports the argument that the undertaking to change the name was rather carefully calculated than a rash decision.

One Meta to rule them all

Considering the Meta’s (Facebook’s) reputation and the fact that it has so far effectively “monopolised” the right to use the word element “face” in relation to a software, online platforms or other IT solutions, a similar development could be expected also in relation to the trademark “meta” when it comes to metaverse. Chances are that not only will Meta (Facebook) succeed in securing this trademark for its activities but that it will also achieve a similar monopoly as it has previously had for the word element “face”.

It is up to a discussion whether it is right and just that a tech-giant such as Meta (Facebook) could even end up with a factual monopoly to a more or less generic word elements generally used in a given field. Should not other participants in this new emerging field also have an opportunity to use the trademark “meta” in some way for a reference for their products or services relating to a metaverse? Be it one way or another, it will certainly be interesting to watch any further developments on this front.