Number of UK trademark disputes more than doubled in 2021, partially because of the wave of  intellectual property battles triggered by Brexit. A total of 8,080 oppositions were filed in relation to trade marks (including Fast Track options) in 2021 (an increase from 3,830 in 2020). 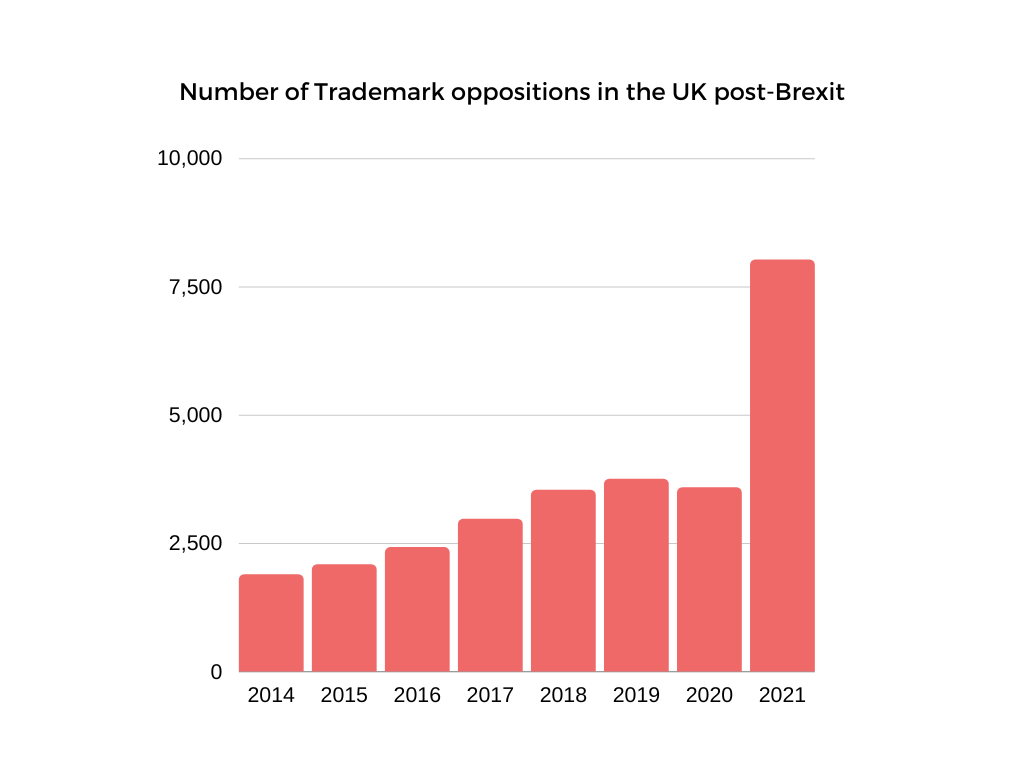 The UK left the EU trade mark system in January 2021, meaning that any business wishing to protect a trade mark in the UK now needs to make a separate application in the UK. This has caused a major rush to file trade mark applications, resulting in a surge in the number of oppositions being filed.

In 2021, the number of trademark oppositions received by EUIPO has reached 20,125, a significant increase after remaining unchanged from 2017 to 2020.

In the USA, trademark opposition proceeds in a similar manner as a legal trial are filed with the Trademark Trial and Appeal Board (TTAB). While in 2021 there were 6,669 oppositions filed, there were 6,638 oppositions disposed of before a hearing or briefing.

The active improvement of the prosecution practice and the joint efforts made by the CNIPA and court on improving the consistency of application of laws has made substantial progress – the ratio of revocation of the CNIPA decisions related to rejection appeals and invalidation before the Beijing IP Court was lower than 10% in 2021. While the ratio for non-use cancellation cases still remains high, the general trend appears that courts are no longer as active as they were five years ago, shifting to a very conservative attitude and a much stricter standard in reviewing petitions for court appeals.